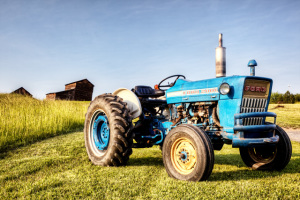 Donald Eugene Plum, 71 of Tunnelton, WV, passed away on Tuesday, August 6, 2019 at his residence with family by his side. He was born August 12, 1947, in Newburg, son of the late Bertus Clarence and Mable Evelyn Trickett Plum. Donald was a coalminer for over twenty years and retired from Viking Coal Company. He enjoyed farming, doing construction work and being outside. Donald is survived by his wife of fifty four years, Bernice Marie Childs Plum; two children, Ronald Eugene Plum and Carla, Gladesville, Belinda Sue Turner, Tunnelton; three grandchildren, Shyla Gabrielle Brown and Thomas, Jessica Renea Turner, Joshua Michael Plum; two great grandchildren, Kaiden and Rylee; one sister, Sandra Kay Walton and Paul “Joe”, Tunnelton; one brother, Lonnie Paul Plum and Eileen, Kingwood; several nieces and nephews. In addition to his parents, Donald is preceded in death by two brothers, Willard Lee Plum, Clarence Allen Plum, infant twin, Ronald Plum, and two sisters in infancy. Family and friends will be received at Bolyard Funeral Home, 79 Morgantown Ave. Newburg, WV, Friday, August 9, 2019 from 2-7PM.  A graveside service will be held on Saturday, August 10, 2019 at 12Noon with Pastor Sonny McNear at Shay’s Chapel Cemetery. Online condolences can be sent at www.bolyardfuneralhomewv.com

To send flowers to the family or plant a tree in memory of Donald Eugene Plum, please visit our floral store.