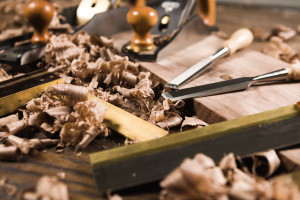 Edward “Heason” Charles Johnson, 82, of Newburg, WV passed away on April 24, 2020. A lifelong resident of West Virginia, he was born to the late Edward and Nellie-Jefferys Johnson on August 26, 1937 in Old Borgman. Edward belonged to the UMWA District 31 and worked at the North Branch Island Creek mine until it closed, then retired on September 1, 1996 from Consolidation Coal Potomac mine. He worked in the coal mining industry for forty three years, starting in 1955 along-side his dad cutting coal and hand loading into coal cars. Through his years of dedication to the industry, he saw the innovation from picks, shovels and ponies to long wall miners and conveyer belts. He also saw the difference the union made in safety, wages, benefits, and representation. He was a hard-working family man. He lived a life of simplicity and was self-less in his actions. His pride and joy were his family and especially his grandchildren. Known as “Pap” he enjoyed watching them grow and always said, “you worry less when they are under your feet”. He was an avid gardener, fisherman, wood worker and a WVU Mountaineer Fan. Edward was a loving son, husband, dad, pap, brother, and friend. He is survived by his wife of sixty three years, Agnes (Haskiell) Johnson whom he married on April 24th, 1957 in Oakland, MD; four daughters; Barbara and Jim Bowman, Newburg, Debra Brady, Morgantown, Karen and Ed Smith, Newburg, Kim and John DelSignore, Fellowsville, and son-in-law Mike Moore, Newburg; thirteen grandchildren, Chris Johnson, James Bowman, Ben Bowman, Mike Moore, Charlie Moore, Cindy Bolyard, Ashley McCutcheon, Samantha Brady, Bob Brady, Brittany Perry, Jacob DelSignore, Allison Smith and Nicholas Smith;  twenty two great-grandchildren; his pets Abigail and Baby; one brother and spouse Frank and Geraldine Johnson, Newburg, two sisters, Mildred Haskiell, Tunnelton and Dorlene and Roger Weaver, Reedsville, three brother-in-law, Roger Haskiell, Kingwood, Bill Haskiell and Joe Haskiell, both of Tunnelton; several nieces and nephews. In addition to his parents, Edward was preceded in death by one daughter, Dianna Johnson-Moore in 2013, son-in-law, Robert Brady and a special brother in-law and dear friend, George E. Haskiell in 2010, both of whom he has missed dearly, He was also preceded in death by his brother, Jim Johnson and two sisters, Lucille “Sis” Kephart, and Geraldine “Tiny” Root. A private visitation and service will be held. We will be webcasting the private service on Sunday, April 26, 2020 at 5:00 PM on his memorial page on the funeral home website. If for some reason the webcast drops we will finish recording and reload once completed to watch. Private Interment will be on Monday at Pratt Cemetery. Condolences can be made at www.bolyardfuneralhomewv.com.

To send flowers to the family or plant a tree in memory of Edward Charles Johnson, please visit our floral store.